Laxmii, His Dark Materials, and More on Disney+ Hotstar in November 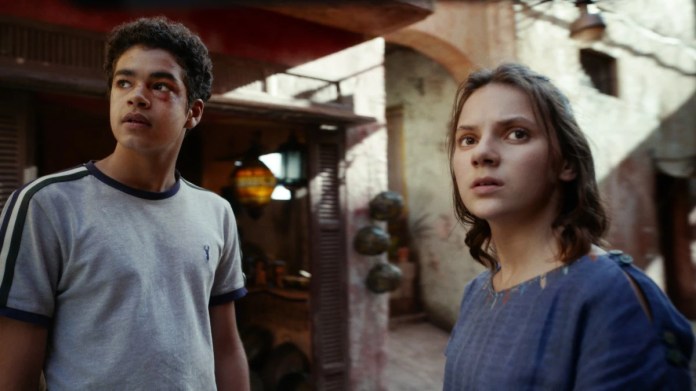 Amir Wilson as Will Parry, Dafne Keen as Lyra Silvertongue in His Dark Materials season 2Photo Credit: HBOMeanwhile, back in its original world, the Magisterium is scrambling to put a lid on the portal crisis, with news spreading that it’s a gateway to another world. Marisa offers her services and promises to unearth information out of a captive witch in Magisterium’s custody, for witches have always claimed there are other worlds. And now, it’s been revealed to be true, no matter how much the Magisterium’s top officials would like to live in denial about it. But just as Marisa is about to extract the full prophecy from the captive witch, fellow witch Queen Ruta Skadi (Jade Anouka) draws first blood in what will be a war against the Magisterium. The ever-scheming Marisa uses that to plot a Machiavellian coup, using Father McPhail (Will Keen) as her pawn.Thanks to Lyra and Will’s world-hopping adventures, His Dark Materials season 2 spends a lot more time in our world than season 1 did — and a lot of it involves Dr. Mary Malone (Simone Kirby), who studies dark matter at the University of Oxford. There is a lot less screen time for Scoresby, who is trying to find a weapon that he is told can help protect Lyra, which he has made his life’s mission having failed in doing so in season 1. Though he doesn’t know it, the weapon he’s looking for is the name of the second book His Dark Materials season 2 is based on: “The Subtle Knife”. That drives the series into another chosen-one fantasy trope, as was the case with Lyra and the alethiometer in season 1, but it’s not as unbelievable because there’s at least a bit of guidance involved.But His Dark Materials still hasn’t figured out what to do with daemons, which is disappointing because a talking animal connected to a human’s consciousness is the best way to reveal their inner thoughts. His Dark Materials season 2 also fails to elicit any humour out of them, with the sole exception of a single shot wherein Marisa’s golden monkey sits in a car wearing a seatbelt. That — the lack of humour — is one of many ways His Dark Materials fails to be the fantasy epic for HBO the way Game of Thrones was.Of course, His Dark Materials season 2 has bigger problems. It doesn’t have a grasp on how to develop scenes or plan for the longer term. It feels like one of those “X-hour-movie” TV shows, where the entire season was planned as a long film. That is annoying by itself, and even more so when it’s not available as a binge-watch. Since it’s a BBC and HBO series, new episodes of His Dark Materials season 2 will air weekly. (It was originally going to be eight episodes, but a standalone episode centred on Asriel had to be cut due to COVID-19, and as a result, McAvoy is absent from season 2 entirely.)His Dark Materials Season 3 Is in the Works